The Corporate Crimes Project is supported by a group of Experts who have advised the Project since its inception and provided extensive expertise on how to improve the investigation and preparation of criminal complaints filed against corporate actors across a range of jurisdictions. Experts include current and former members of national and international law enforcement, academic authorities and United Nations business and human rights professionals. Listed below are some of our core group of experts:

Seema is the Director of Campaigns at Global Witness, a not-for-profit focused on holding abusive actors to account, ending the climate emergency and break-down of democratic space. She has over 20 years of professional experience working globally. She is a Human Rights Lawyer and specialist focusing on confronting corporate crime, advancing environmental justice and ending abuse in global supply chains. Previously, Seema acted as Programme Director of Global Issues at Amnesty international’s Secretariat in London, where she also led the organisation’s investigative, advocacy and campaigning work on corporate accountability as Deputy Director/Head of Business and Human Rights for many years. Seema also worked with the United Nations implementing an environmental governance programme spanning 12 countries while living in the Asia Pacific region. She is a Canadian lawyer with a Master’s in International Law and currently an Associate of the University of Greenwich Business, Human Rights and the Environment Research Group.

Anita currently serves as Member of the United Nations Working Group on Business and Human Rights, having been appointed as a rapporteur by the United Nations Human Rights Council in 2016. Anita is also the Henry M. Jackson Professor of Law and the Director of the Sustainable International Development Graduate Program at the University of Washington School of Law. She is an expert in the fields of anti-corruption, commercial law, sustainable development and business and human rights. She is one of the leading academics and a pioneer in the field of business and human rights. Ramasastry is also a founding co-editor in chief of the Business and Human Rights Journal, published by Cambridge University Press. She is the Co-President of the Global Business and Human Rights Scholars Association and launched its annual research scholars forum.

Mark B. Taylor is a Senior Analyst with The Docket, an initiative of the Clooney Foundation for Justice, where he leads work on corporate accountability. For two decades, Mark has conducted research and investigation into commercial enablers of international crimes, business and human rights, and sustainability in global value chains. Mark has advised governments, civil society, trade unions, and companies on the theory and practice of responsible business and he presently sits on the advisory council of the Investors Alliance for Human Rights and the Institute for Human Rights and Business. Mark has held research positions at the Fafo Institute for Labour and Social Research and the University of Oslo and regularly lectures at the university level. His most recent publication is War Economies and International Law: Regulating the Economic Activities of Violent Conflict (Cambridge, 2021). Mark holds a B.A. from McGill University, Montreal, an LL.M from Leiden University in the Netherlands and a PhD from the Faculty of Law, University of Oslo.

Alex Whiting is the Deputy Prosecutor of the Kosovo Specialist Prosecutor’s Office in The Hague and a Visiting Professor of Practice at Harvard Law School where he focuses on international and domestic prosecution issues. He previously served as Investigations Coordinator and then Prosecutions Coordinator at the International Criminal Court (ICC), as a Senior Trial Attorney at the International Criminal Tribunal for the former Yugoslavia (ICTY), and as a federal prosecutor for the U.S. Department of Justice. He attended Yale College and Yale Law School.

For more than fifteen years Martin worked as a public prosecutor in high profile cases of organized crime in the Netherlands and is now an Appeals Prosecutor specialized in international crimes cases and human trafficking cases.  Martin is based in Addis Ababa in Ethiopia where he also serves as adviser to the Ethiopian Human Rights Commission strengthening their investigation capacity, including their joint investigation on war crimes in Tigray. Martin’s international career started in 2004 as an investigation team leader in the Office of the Prosecutor of the ICC, where he led the team investigating crimes in the situation of Northern Uganda. From 2008 until 2012 Martin was an investigation magistrate for international crimes in the district court of The Hague. Martin has served at EUPOL COPPS, the EU mission in Palestine and as adviser with the Prosecution Service in Rwanda on its genocide cases and later for International Bridges to Justice in Myanmar. 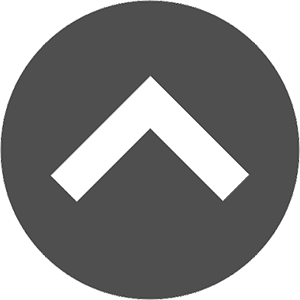